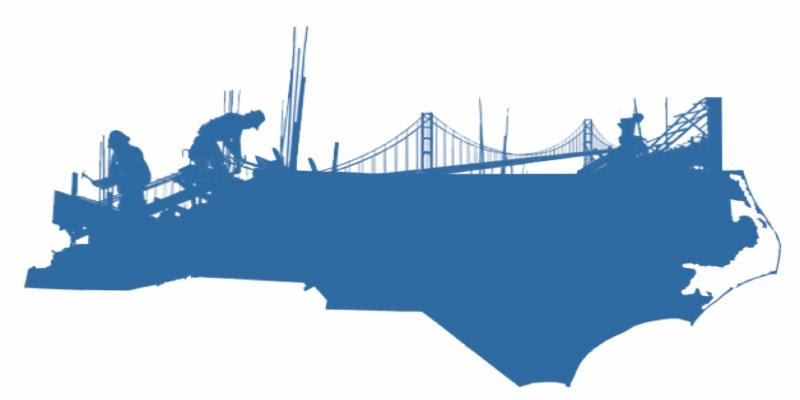 Legislative Day this year was an eye opener for many of our members who have never participated in a committee hearing in our State Legislature. As a departure from our normal schedule, members were encouraged to attend one or more of several committee hearings scheduled that morning where bills directly impacting our profession were on the agenda.

Both House and Senate hearings were held for bills dealing with “Duty to Defend” clauses in owner/designer contracts. AIA opposes these clauses which require architects to defend owners and their subcontractors for any type of litigation. Insurance coverage for these clauses that require the designer to defend an owner against any third party lawsuit is not afforded designers by their insurance carriers.
AIANC and ACEC are sponsoring companion bills, HB 871 and SB 569, that would prohibit the use of these duty to defend clauses from owners with architects, engineers, landscape architects and land surveyors.
After successful votes for both of these bills from their respective committees, the measures are now on their way to crossing over to the next legislative chamber.

HB 858, the interior design license bill discussion had a different outcome.  Although top on the Regulatory Reform Committee agenda, the chair and co-chair (also the bill’s sponsor) shuffled the agenda to allow a bill relating to trash in apartment buildings to precede HB 858. This discussion was stretched out to cover all but ten minutes of the allotted one hour of the meeting’s schedule.

Once the vice chair presented HB 858 to the committee, the opposition and proponents were permitted one speaker each. The allotted time for speakers per the Sargent at Arms earlier that morning was three minutes. That was cut short during the AIA presentation to less than two minutes by the chair.  The proponent from ASID also spoke for about two minutes, with the co-chair and sponsor expounding the merits of the bill for the final few minutes prior to the vote, negating any time for rebuttal. The bill passed, allowing it to move to Finance and Rules Committees before going to the House floor for a vote.
For myself, this was no surprise. I was warned that as “the opposition” to a bill supported by the Chairman of the committee, we may not be treated favorably.

So Where to from Here?

Unfortunately because ASID has not limited the expansive scope of allowable practice, we are again going to have to mount opposition to the bill. The feedback I have received from our members who met with their legislators indicate our elected officials want to know what other states are doing with respect to Interior Design laws.  We also know that the bill is being sold as a means to give small businesses and women owned businesses access to opportunities.  Public safety is not part of what is getting focus, although “Health, Safety and Welfare” are used passively in discussions.

All Hands on Deck!

The public protections afforded people of North Carolina though license laws are in imminent danger of being removed by this bill.  It is an easily verifiable fact that HB 858 will allow a graduate of a two year program with only 40 hours of Interior Design studies, who may never have prepared a set of construction documents for any type of project, who could have worked selling furniture or wall coverings for ten or more years and who self reported their work experience; who passed an exam with fewer than 30 questions on building systems coordination (a core competency of an architect) can assemble plans from other design professionals for any interiors project in any building occupancy classification in the North Carolina Building Code and submit them for permit.

To mount a successful counter to HB 858, I welcome all members to participate in “Legislative Wednesdays” beginning May 15 and extending until the end of June.  On each Wednesday we are asking our members to contact one or more legislators in person or by phone and letter opposing HB 858  We will meet at CfAD for those who can make a trip to Raleigh and go from there to meet legislators in their offices.  We have over 2200 members of AIA in North Carolina and there are 170 members of our North Carolina House and Senate. Let’s show that public safety is really what the profession of architecture is all about and make this effort to educate our lawmakers as to what this means!

Winston-Salem Forsyth County Schools (WSFCS) is hiring a Senior Project Manager - Construction and Planning. This position will oversee and coordinate various construction projects from start to finish ensuring that schedules and budgets are followed.

With an ever present focus on health and vitality in these challenging times, the benefits of walking have never been more important. Furthermore, a walkable city not only improves the physical and mental health of its citizens, it also reduces inequality, increases active use of space, makes cities more beautiful, activates the street façade, and attracts skilled professionals who tend to migrate to walkable areas.

Winston- Salem has been studying these benefits and the many other positive effects of walkability and has developed a plan to prioritize, fund, and implement high-quality pedestrian infrastructure and supportive programs and policies for walking.

Check your emails for tomorrow's registration link! The first 30 people who register by 5 pm today will receive a virtual gift card for a lunch of your choice, on us! ... See MoreSee Less