Film Series | Face of a Nation

Film Series | Face of a Nation 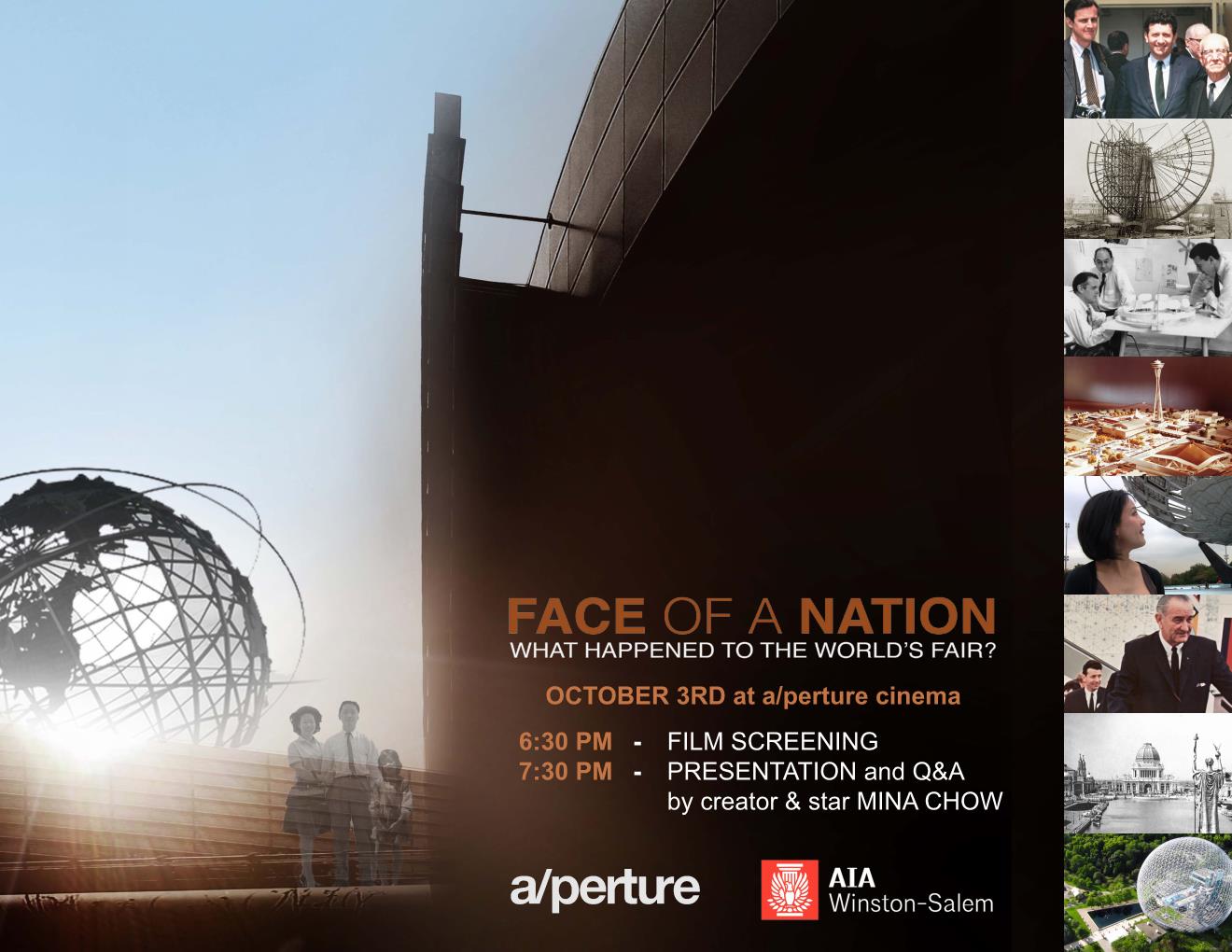 What Happened to the World’s Fair?

Daughter of immigrants, an idealistic American architect struggles to keep her dream alive as she journeys to discover why America abandoned World’s Fairs.

FACE OF A NATION captures the erosion of the American image as the country loses sight of its vision and values. Probing deeply into national identity, architect Mina Chow investigates the controversy surrounding US participation at World’s Fairs for the last 25 years. The film asks important questions about the country’s role in the world and perceptions of the American image. With our diminished presence at World’s Fairs, have we lost sight of what it means to be American?

AIAWS is bringing Mina Chow to participate in this special event at A/perture Cinema in downtown Winston-Salem.